OPEN LETTER to the Honourable Gavin Newsom, Governor of California - 07/08/2020

I hereby express my protest against the recent prohibition of liturgical singing in houses of worship, which is an infringement of the rights and religious freedoms of the clergy and faithful of the Western American Diocese of the Russian Diaspora, the other Local Orthodox Churches, performing their ministry in this state, as well as other religious bodies.

This presentation was one of many given at the Symposium sponsored by the Saints Athanasius and Cyril Institute for Orthodox Studies, which was entitled “Saint John and His Legacy”, and was dedicated to the 50th Anniversary of his repose (1966-2016).

In other words, saying precisely when our lives will return to normal is very difficult. Like, on the other hand, answering the question will that life essentially be normal, i.e. as before. But we might, and I believe we should, take a different approach. That is to say we should try to understand the effect this ordeal has had on our thinking and what we have learned from it. Or otherwise on what should we have reflected and what should we have learned. Or still alternatively what insight can we obtain from it, how can our minds become enriched, disregarding the tragedy and incredible complexity of what has occurred.

I will attempt to share what I have come to understand.

1. It seems to me that it is worth placing first the obvious necessity of being prepared for anything in life. We often feel...

WHAT TWENTIETH CENTURY SAINTS SAID ABOUT THE CORONAVIRUS - 06/13/2020

The COVID-19 epidemic is gaining force and spares nothing in its path. In Kiev, some of the brothers of the Kiev Caves Lavra fell sick, as did the vicar archbishop of Obukhov, Jonah [who is now recovered.—OC]. We talked with Archbishop Theodosy (Snigirev), a vicar of Metropolitan Onuphry of Kiev and All Ukraine, about the situation in Kiev, the future of the Orthodox Church, and its liturgical heritage.

I would like to share my thoughts in connection with the discussion that has unfolded around the decoration of the mosaics of the main Church of the Armed Forces of Russia, recently built in Moscow.

Since ancient times, temples and entire monasteries dedicated to various historical events have always been erected on Russian soil. Such churches and monasteries include the following: the Church of the Protection on the Nerl, the Sretensky Monastery, the Kazan Cathedral on Red Square, the Cathedral of Saint Vladimir in Sevastopol, which is called the "Admiral's Cathedral" of the Russian fleet, where Admirals Lazarev, Kornilov, Nakhimov and Istomin are buried. The names of all naval officers who fell during the defense of Sevastopol are engraved on marble slabs in the upper church of this temple. The churches listed above include the Cathedral of Christ the Savior, built in 1883 in honor of the victory over Napoleon in the Patriotic War of 1812, and the St. Nicholas Cathedral, dedicated to the Russian fleet and all reposed sailors, built from 1903-1913 in Kronstadt. Even now those temples that belonged to a particular military regiment in tsarist times have also been preserved.

As a rule, in addition to icon painting, these temples were also decorated with memorable statues depicting certain historical events, and military paraphernalia, and, of course, with the awards that fallen soldiers received during the war. The naves of such temples usually had marble slabs on which the names of the fallen defenders of the fatherland were engraved. Most of these churches and monasteries were built, as a rule, on donations of ordinary Orthodox people. And this was done primarily so that everyone, making his contribution, would feel this temple, erected with his help, would be a house of prayer: “My house will be called a house of prayer” (Matthew 21:13).

All Orthodox Christians, regardless of their country of residence, ...

Today, May 25, 2020, the Governor of the State of California, Gavin Newsome, has declared that churches and all houses of worship are now open.

The monasteries and parishes of the Western American Diocese within the State of California may enter into this new phase of reduced social distancing. However, all are required to observe the guidelines found in...

It is with a heavy heart that we acknowledge the cancellation of our the annual diocesan pilgrimage to Fort Ross on Memorial Day. It is always a joyous day with the concelebration of the Divine Liturgy led by our hieararchs and surrounded by many the faithful. The procession to the cemetery across the canyon is refreshing as prayers are raised up for the departed and the graves are blessed.

On Friday May 22, 2020, the opening of churches within the United States, after  their closure due to the COVID-19 pandemic, was announced by President Donald Trump; the opening of houses of worship beginning this weekend.

The President’s statement is welcome as the faithful look forward to the possibility of returning to the usual rhythm of Church life through attendance at the Divine Services and participating in other parish activities.

However, for now the practices for the ministry of the faithful that have been worked out successfully and maintained...

Below are listed several thoughts and quotes from the Holy Scriptures:

“Christianity is not a religion of a church-made-by-hands (like the Jews have). We are able to serve all Sacraments outside of a church building. During the first four centuries Christians existed without material temples. We read: “For we are the temple of the living God. As God has said: “I will live with them and walk among them, and I will be their God, and they will be my people” (II Cor. 6:16).  And again: “Do you not know that your bodies are temples of the Holy Spirit, who is in you, whom you have received from God? You are not your own; you were bought at a price. Therefore honor God with your bodies“ (I Cor. 6:19-20). 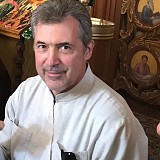 On April 9th, 2020, Deacon Alexander Gousev, a cleric and founder of Holy Royal Martyrs of Russia Church in Sparks, NV, reposed in the Lord.

Alexander Gousev (Sasha) was born in the former Soviet Union on May 10th, 1962. He came to Holy Ascension Church in Sacramento, CA, in 1989. Sasha lived for some time in San Francisco and eventually settled in Reno, NV.

During these holy days of Great Lent and Passion Week throughout the world, churches have been closed. By Divine allowance, government officials of many nations have, from fear of the spread of COVID-19, announced general quarantines, including in the Holy Land. Christians have limited access to holy sites, deprived of spiritual support, common prayer and the partaking of the Holy Gifts of Christ in their churches.

His Eminence Metropolitan Hilarion First Hierarch of the Russian Orthodox Church Outside of Russia issues a  Personal Directive as the President of the Synod of Bishops concerning the Proposed Visit fo the "Kursk-Root" Icon.

Encyclical from Metropolitan Hilarion, First Hierarch of the Russian Church Outside of Russia - 04/05/2020

His Eminence Metropolitan Hilarion issues an Encyclical about the Coronavirus and the State mandated quarantine.

"Where can I go from Thy Spirit, and where can I escape from Thy presence? If I go up into heaven, Thou art there; if I go down into hades, Thou art present there. If I take up my wings toward the dawn, and make mine abode in the uttermost parts of the sea, even there shall Thy hand guide me, and Thy right hand shall hold me." (Psalm 138: 7-10).

These divinely inspired words of the Psalmist David should be particularly in our thoughts during these days, when the entire world is literally quaking, and from every direction comes news of all kinds of distress, shocks and calamities.

APPEAL OF THE FIRST HIERARCH OF THE RUSSIAN ORTHODOX CHURCH OUTSIDE OF RUSSIA TO THE GOD-LOVING FLOCK, IN CONNECTION WITH THE CORONAVIRUS PANDEMIC - 04/01/2020

Dear in the Lord fathers, brothers, and sisters!

I sincerely greet you with the very warmest well-wishes for the blessings of God, good health, spiritual calm, and the patience so needed in this trying time! I especially greet the doctors, nurses, and all who work in the hospitals, sincerely wishing them increased strength and Heavenly aid! I wish for those who are sick - and for their friends and relatives - comfort in the hope of God’s will, which always directs man toward the good. Our prayers are with all of you. 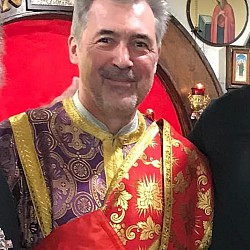